after work today i rode over to the fridge to meet my students on the dc youth slam team. we’ve got a show coming up soon so we were finalizing our poems. here is what our next group piece looks like in it’s initial stages. like a baby being born, this is the sonogram or something. 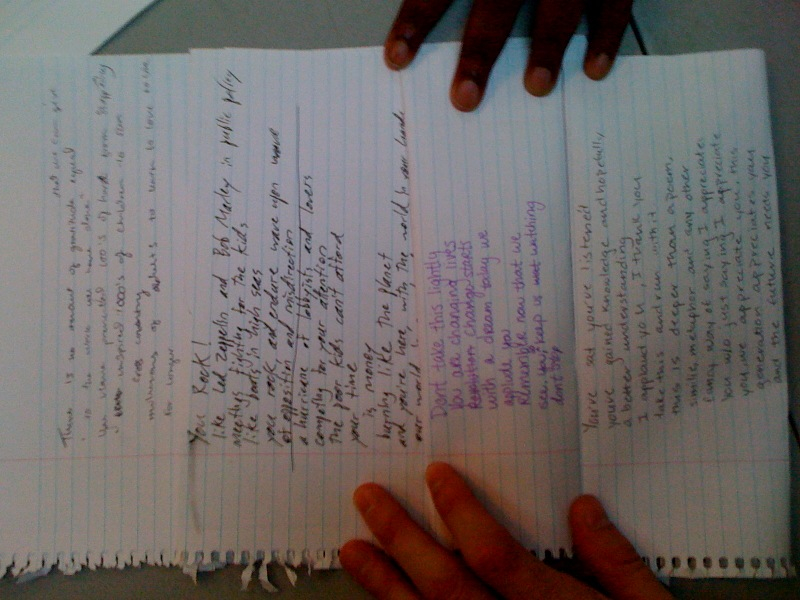 after our meeting was over we helped set up for the beltway poetry slam. one of our team members who is now 20, selina maria, signed up to compete in the slam! the list opened at 7:30pm and was full by 7:32. she went up against known greats like twain dooley, chris august, natalie e. illum and joseph lms, as well as kick-ass friends of mine henry mills, drew law, angelique palmer and tony keith. it was the most amazing poetry slam that i’ve been to in a while. i had a unique view from my position DJing on the side between performers.

in the end. only the top four poets move on to the finals next week (tues. sept. 6) for a shot to the be one to represent beltway poetry slam and the greater dc/md/va  area at the individual world poetry slam in october. unfortunately, henry drew the one spot, so he had to go first. he did not make it to the second round, even though he performed his piece corre amazingly well. that’s just how the score creep goes sometimes in slam. there were three rounds, with featured poets laura yes yes and kim johnson performing between the 2nd and 3rd rounds. 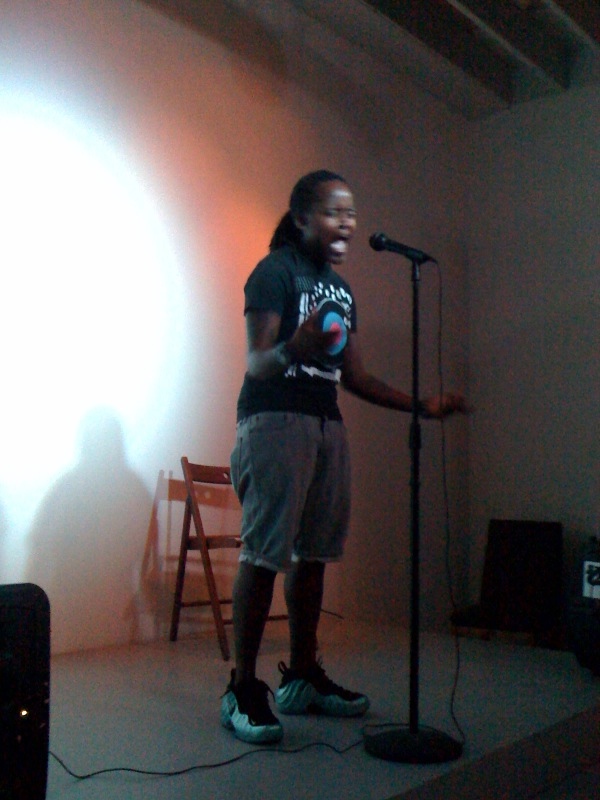 selina maria, of the 2011 dc youth slam team, made it into the top four competing in the finals next week at the beltway poetry slam! there she will go up against twain dooley, joseph lms, and drew law. it is going to be an intense competition for sure. come see us at the fridge.