Torsten Tebogo Rybka, on stage is known as Clear. He is a lyricist, photographer, producer, mentor, and poet born in Ga-Rankuwa, South Africa and raised by his parents and siblings.

Since 2007 he has been part of and a leader in many art movements and poetry societies in the City of Tshwane, South Africa. In 2014, he started a poetry movement known as “U R WHAT U SPIT” with the aim to make social change through the medium of spoken word poetry and music.

In 2013 he released an EP consisting of 7 tracks (4 hip-hop tracks and 3 spoken word poems). That EP gave him a break through to perform on stages such as “The Night of the Poets” at the South African State Theatre, Department of Arts and Culture events, and other poetry movements in and around Tshwane. A year later he released a single spoken word track “Walk a mile in my shoes,” and in the following year released the hip-hop single “Why I Write.”

In 2016 Clear produced, directed, and performed in  a feature-length poetry production titled “Speaking from Experience (Growth)” at the South African State Theatre, with accompaniment by a jazz band and four vocalists, as part of the poetry incubator program at the South African State Theatre. He is a rising star of Tshwane’s spoken word scene and in 2017 traveled to the United States for the first time to perform in and tour Washington, DC. 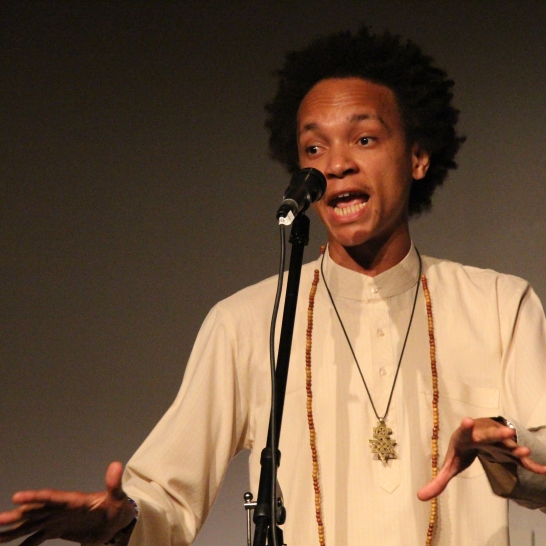 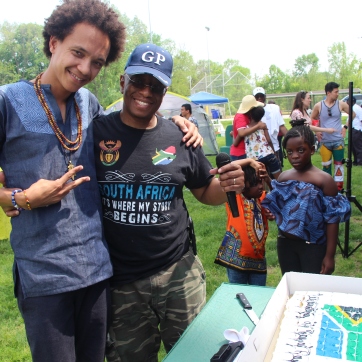 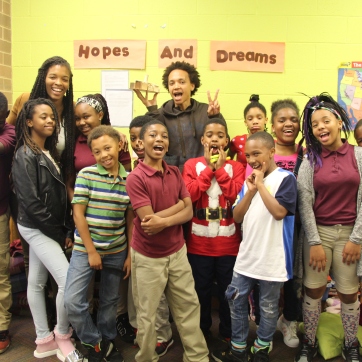 Tues. April 18, 2017
8:40am (EST) Clear’s flight landed at Washington Dulles International Airport (IAD). After dropping bags and relaxing a bit, he was ready to go out and explore the capital city of the United States. It started with a poetry salon with the Folger Shakespeare Library Foundation.

At the poetry salon with the Folger Shakespeare Library Foundation he met special guest Jane Hirshfield.

Later that night he performed as the featured poet at the Busboys and Poets 14th & V Street Open Mic.

The name Busboys and Poets refers to American poet Langston Hughes, who worked as a busboy at the Wardman Park Hotel in the 1920s, prior to gaining recognition as a poet. *from http://www.busboysandpoets.com

Check out more about the amazing Verses shows and family at https://everythingverses.com/

4:30pm Clear spoke on the panel at the Peace Cafe – Panel Conversation and Performance

Africans Rising is a de-centralized movement that seeks to build unity and solidarity among, and advance the struggles of, the Peoples of Africa and its diaspora. #AfricansRising

Sun. April 30
A long flight home after a great tour.